Feminism. What do you think of when you first hear that word? Some may think of gender equality (which it is), whereas others may apply more negative connotations to it.

It is no secret that I openly label myself as a Feminist. I know a lot of people may support egalitarianism, yet not put a label on it, and that’s totally fine too. But I’m proud to call myself a Feminist. I’m proud to be part of a movement which, even nearly 100 years on, still empowers women worldwide today.

Like many Feminists, I have also been open to scrutiny and ridicule from a lot of people. “Western society is equal!” I’ve even once been told that “Feminism is cancer” and that it makes me a total psycho supporting a gender equality movement, but we’ll move onto that point a bit later on.

Feminist: A person who believes in the social, political and economic equality of the sexes.

Let’s strip this down to a way in which everyone will try to understand why I’m a Feminist. I’m a Feminist because I believe in equality. It’s as simple as that. I feel like Feminism has been blown out of proportion, and has slowly been changed due to growing assumptions that “Feminists cry about being oppressed all day” or my personal favourite, “Feminists hate men!” You may use the argument that some Feminists hate men, and I’m sure there are some women that hate men. But that’s not a Feminist. Bottom line, I love men. Some of my bestest friends are male and I love them just as much as my female friends. It’s not about hating men, it’s about being equal to men and vise versa.

I’m going to go quite personal now, and talk about my personal view on Feminism and how I perceive the Feminist movement. After labeling myself as a Feminist for nearly 3 years now, I have increasingly become more educated on the matter, and more open to alternative opinions on gender inequality and about the role of women in various societies all together.

Western society. It is no secret that the role of women has improved dramatically over the past 100 years- especially in my society. Heck, women can now vote, we’ve had our first female prime minister (and just had our second), girls and boys have so many amazing opportunities that go against gender stereotypes. I mean, if I wanted to be an electrician that used to be a typical male job, I could be. And you know what else? I think it’s cool as hell if men want to wear make-up and men want to express themselves in that way. Breaking down gender stereotypes people…

I think it’s important, as people, that we look at the positive aspects which have come out of the Feminist movement. Our society is becoming more and more equal between men and women, and that should be celebrated more often. Sure, there are still issues such as ‘rape culture,’ and ‘slut shaming’ for instance, but let’s look at how our society has been positively changed.

I know and understand that a lot of western Feminists, even Feminists that I know of myself, speak up about issues such as the ‘wage gap’ a lot. However, I tend to personally stay out of them issues, not because I am ignorant to them issues, but because I feel like I’m not educated enough on them topics to speak up about them. I personally believe that the wage gap is hard. It’s easy for statistics to be manipulated, especially now that we do have equal opportunities to go into whatever job we want. Granted, however, it may be harder for  a woman to go into a typical male job for instance.

Of course if I was slut shamed, I would speak up because it’s no secret that it’s not right. On the other hand, and this is where a lot of other Feminists may open me up to scrutiny, I concentrate my energy about speaking up on other issues that exist in middle eastern cultures for example. Or let’s talk about how women are still shamed for wearing a skirt just above their knee in our education system as it’s “too distracting for the male pupils.”

I personally feel like Feminism is such a hard topic to write about, as it’s easy for people to disagree with you on such a diverse topic. But I’m a strong believer that Feminism should be stripped down to what it’s actually about, equality (rather than constantly pin pointing certain subjects to talk about all the time).

Another issue that is raised by a lot of Feminists, and which I was approached about today, is the subject of wolf whistling in public. Oh ‘good old’ wolf whistling. For me personally, I believe each to their own. Of course many men and women may feel flattered by being wolf whistled, but for me personally, it makes me feel uncomfortable and embarrassed; but I guess that’s just a personal response. I would personally not wolf whistle anyone as I believe it’s more respectful not to, but everyone has their own opinions on the matter.

Middle Eastern societies. It is no secret that this is where Feminism definitely is needed. Even just talking about FGM and forced marriages would be enough to convince you that middle eastern societies are far from being equal.

In fact, one of my most favourite Feminist writers, El Saadawi, talked about FGM and her experience of the patriarchy which surrounds it. For any of you who are unaware, FGM (female genital mutilation) “is the practice, traditional in some cultures, of partially or totally removing the external genitalia of girls and young women for non-medical reasons.” You can read the article in which El Saadawi addresses the issue of FGM here.

Overall, I believe that Feminism is a hard topic to talk about- especially because there are so many opinions which surround it. I have been shamed for being a Feminist, but the fact is, I’m quite a low key Feminist. I only speak up about issues when I feel like it needs to be said, but that doesn’t mean I’m ignorant to the movement either. I will continue to work towards promoting equality within societies worldwide, and I will not be shamed or ridiculed for my views on equality.

It’s time we lived in a more equal and accepting society. You may not agree with everything I have mentioned in this post, and that’s totally okay. But people should become more aware, and accepting, of other peoples opinions regarding issues such as Feminism and take them into consideration.

#IAmAFeminist because I believe in equal rights for all. Whether that’s white women, black women, black men, white men, transgender or otherwise. Everyone deserves to be treated the same in this world. We’re all human after all.

I hope this post has helped give you a different perspective on Feminists, or Femnism, as a whole if nothing else. Feel free to let me know your thoughts, and leave a comment in the comment box below!

Want 20% off your order at Coconut-Lane? Use the code ‘beccajayne20’ at the checkout to redeem…. go on! Why not treat yourself?

Feel free to drop me a tweet etc xo 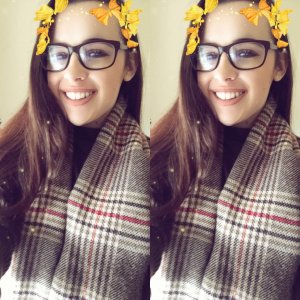 Hi, I'm Becca and I'm 18 years old from the UK. I blog about everything I'm so incredibly passionate about including, my experience with anxiety, my view on the world and everything in between. Oh, and I also write poetry occasionally too. Feel free to browse through my posts. Love and happiness always xo. 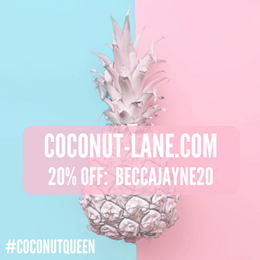